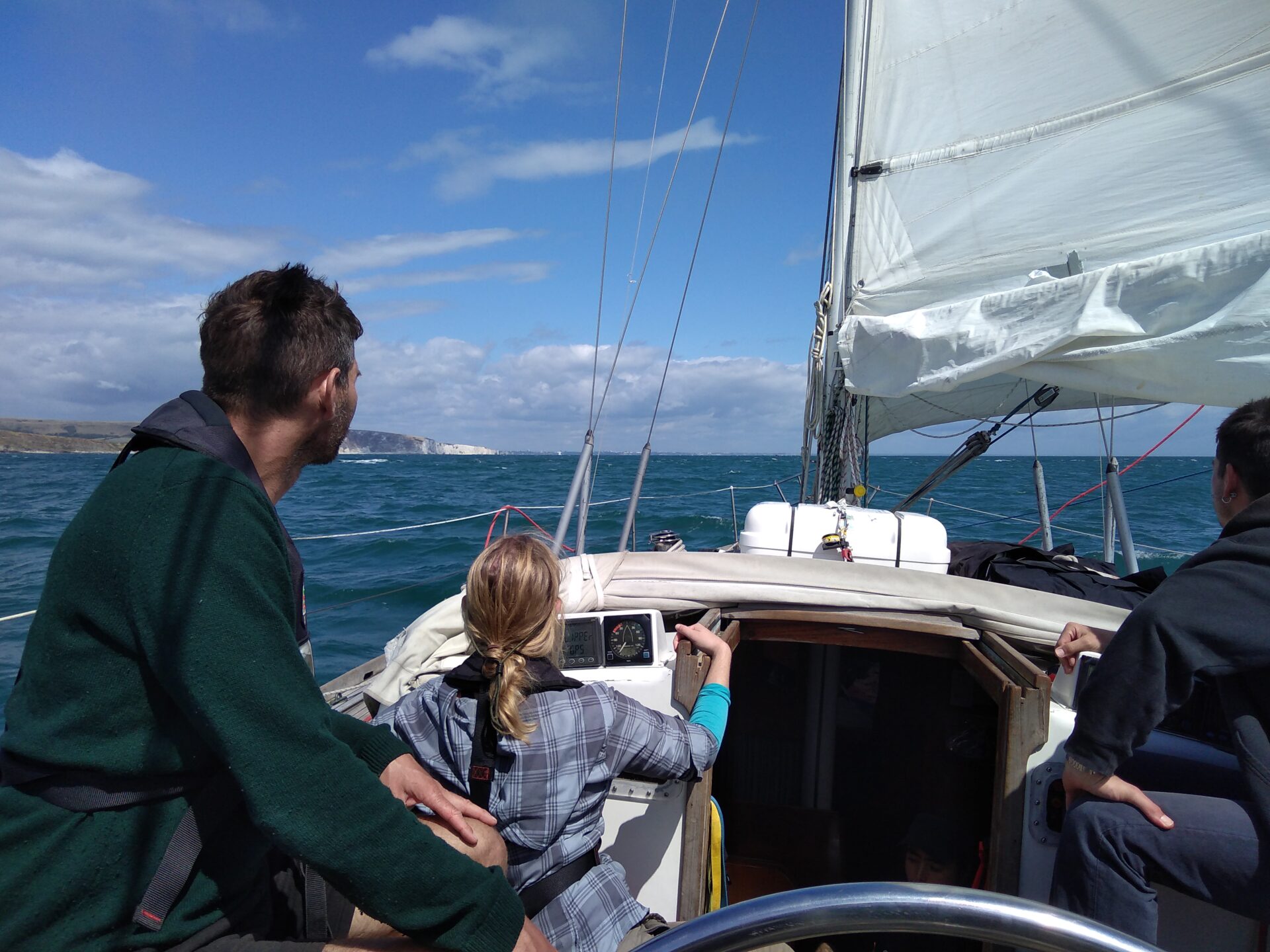 Great seven day sailing trip last week that took in the varied delights of Swanage, Alderney Week and Weymouth Harbour, as well as a visit to Café du port Omonville la rogue and TWO encounters with Poole Bike Night – not necessarily in that order! A cultural melting pot, as well as a culinary feast in the galley with so many chefs on board. We shot across to Braye Harbour, Alderney in 10 hours from Swannage Bay. The return slingshot path from Omonville to Weymouth saw us barely making north for several hours into the spring tides, despite a heading of 320 degrees. 12 hours after leaving French waters we were safely ensconced in The Stable Weymouth with pizza and cider, recovering from 35 knot gusts (occasional force 6 was the forecast!!). The final day’s sailing was a grand tour of the Jurassic coast, past two pan-pans and sailing all the way through the harbour. Only about six engine hours in total over seven days.

Contact us to discuss your own bespoke trip in 2019.